Read more
The store will not work correctly in the case when cookies are disabled.
Home Blog Cell Free DNA & Prenatal Testing 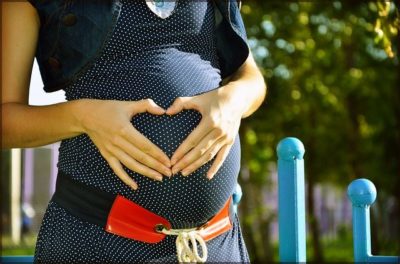 One of the most promising new developments in modern medicine has been the discovery of cell-free DNA (cfDNA). CfDNA is released into the bloodstream or other body fluids when cells die due to apoptosis and necrosis.

Two fields where cfDNA has already led to improvements are prenatal testing and oncology.

Cell- free DNA extracted from pregnant mothers plasma or serum to screen for chromosomal abnormalities present in the fetal DNA is becoming a safer and a cost effective choice. This non invasive prenatal testing (NIPT) method is currently a recommended screening test to women who are at least 10 weeks pregnant. NIPT is recommended for women of high risk pregnancy and is not a diagnostic test. The initial screening would be for chromosomal abnormalities Down’s Syndrome, Trisomy 13 and Trisomy 18. In addition, Rh factor and the sex of the growing fetus will also be determined through this screening test. Once, the pregnant women gets a positive NIPT test result for the chromosomal abnormalities, she can confirm the results by performing Amniocentesis which is an invasive process and could put both the mother and the fetus in considerable harm. The down side for NIPT is that, the results can sometimes give false positives, and it has to be confirmed by amniocentesis. As the screening technology improves, NIPT could be become the gold standard for prenatal screening.

Since cell- Free DNA can cross the placenta, and since some fetal cells die during normal fetal development, blood samples collected from a mother can be used to screen for Down's Syndrome, or other serious genetic disorders, in the developing fetus. The child's Rh status can be determined as well. This information can in turn be used to alert medical staff to any special needs the child may encounter at or near the time of birth.

The first step in NIPT is to extract cell-Free DNA, using a commercially available cfDNA extraction kit from the mother's blood plasma. All it takes is a very simple blood draw from the mother. This non invasive method, replaces a more risky and invasive procedures such as amniocentesis-which is uncomfortable for the mother, and carries a small, but significant risk of causing a miscarriage. The cell-free DNA extracted is screened for gene sequences associated with disorders, blood type etc. The results are usually ready after 10-14 days, and are often combined with the results of the first-trimester ultrasound to determine whether additional prenatal cytogenetic tests should be carried out. A recent paper published in August 2017 in science translational medicine explains that noninvasive prenatal screenings can be expanded to all the 24 human chromosomes to detect genetic abnormalities. Unlike the traditional genomic tests are restricted to a few chromosomes likes 21, 18 and 13. “Extending our analysis to all chromosomes allowed us to identify risk for serious complications and potentially reduce false-positive results for Down syndrome and other genetic conditions,” said Diana W. Bianchi, M.D., senior author of the study and chief of the Prenatal Genomics and Therapy Section at NIH’s National Human Genome Research Institute (NHGRI). Dr. Bianchi is also the director of NIH’s Eunice Kennedy Shriver National Institute of Child Health and Human Development (NICHD).

Talk to an expert